GrooveFunnels Review 2022 – Should you use it?

Have you been searching for a real Groove review and found out that there were some reviews that were raving about was previously known as GrooveFunnels but has now been rebranded just as Groove. But then there are other reviews like this one, who say that GrooveFunnels is a fail in some areas or like the lifetime deal is overhyped. Or another one that claims like GrooveFunnels is junk and don’t waste your money. And you’re wondering if Groove is really worth it. Hi, I’m Ron Kloth. And in this Groove review, I will tell you why there’s some truth to the claims that other YouTubers were making.

The argument against Groove or GrooveFunnels

Typically, if we look at a review from people like this one here from, Brian Pfeiffer, I don’t know this guy, but I watched his video. And he said, basically, he tried to switch over from ClickFunnels to GrooveFunnels, try to use a template. And somehow he encountered a block, and he was not able to resolve it, and the support was not able to solve it for him. And that was during their launch week. For this review, I tried to replicate his frustration with the GroovePages page builder and build this fast and simple page here. And I have to say that I was not able to use this block like this footer block correctly. But that was about it, I was able to save my page, it’s not the most beautiful looking. But I’ve built this within like five minutes or something, including looking for how to fix some things. So I was able to publish it. That being said, if you are an experienced funnel builder already, like Brian, obviously is, then you will definitely be disappointed with GrooveFunnels. What many people who are watching this video do not know and just sign up for GrooveFunnels is that Groove is still in BETA.
For example, if I look into the Groove homepage after you sign up, you will see the Groove logo. There’s no inclination nor do they say anywhere that the software is actually in beta. You only can guess this because there are some stars to all these apps here. But for example, like GroovePages, GrooveSell, GrooveMail, Grooveautomations, GrooveAffiliate, GrooveMember, Groovevideo, all of these Goof Proof are without the star and without an Asterix. And it seems like they’re already working pretty well. But this is by far not the case. But you have to remember that you can sign up and try all of these apps for free right now. GrooveFunnels is so successful because they have a lifetime offer where you can get access to all the apps that they are currently building for one-time price.

Kartra Vs GrooveFunnels Vs Clickfunnels

This is extremely attractive for people who are just paying about $297 for ClickFunnels or $200 for Kartra, or any like a couple of hundred dollars for all of these apps. For different software like SAmCart or Active Campaign or all of these different software tools. However, what’s really important to understand is that all these apps are still under development. GrooveFunnels and GrooveDesk are creating these apps and writing the code from scratch they started about a year ago. But it takes a lot of time to get this code perfect and working. And having all these apps working perfectly together. For example, if I log into my GrooveFunnels account, you’ll see I have access to GroovePages, which is about 90% done, but there’s still a few bugs that you will encounter and that you have to find a workaround because something does not work as it’s supposed to do like GrooveSell is already working. But there’s also a lot of things where it says coming soon and things like this, but what many people do not know is there’s a huge passionate buzz around GrooveFunnels right now, and that they’ve raised more than $10 million in sales of GrooveFunnels and will reinvest all this money into GrooveFunnels.

Again, if you go to Groovefunnels.com infographic you see their current timeline and the rollout schedule. Here you see that some of the features they already released like Groovevideo, for example, partner contracts, import pages. And yeah, the membership area and a lot of different things. However, even if these features are released, it does not mean they work perfectly. So what does this mean for the critics, if you currently have a Clickfunnels account or Kartra account, and you have a funnel there, and you’re making money with your business, right now is not the best time to switch to GrooveFunnels.

Skip a step and go straight to the Groove upgrade page here.

Groove is a CRM system (Customer Reputation Management) that is composed of different apps to help run an eCommerce business. As of February  2021 Groove Digital had 18 Apps active with more planned to be rolled out. The major components of it are GrooveFunnels, GroovePages, GrooveSell, and GrooveKart. They are changing their URL to Groove.cm (CM instead of .COM) Mike Filsaime says that the CM part of the domain stands for customers matter.
Each App going forward will have its own URL so that people wishing to market Groove will be able to target individual apps in their marketing.

GroovePages is a part of a highly rоbuѕt, all-in-one dіgіtаl marketing platform, Groovepages аllоwѕ online entrepreneurs and anyone who іѕ interested in building an online business, access tо аll оf the apps and tооlѕ needed tо do ѕо, in one single platform. GroovePages іѕ a cloud-based website and sales funnel building software, that аllоwѕ you tо сrеаtе сrіѕр and beautiful looking landing pages and complete websites without needing any additional software.

GrooveFunnels is a suite of online business and marketing tools designed for online entrepreneurs and is free to use for up to three sales funnels, landing pages, or websites. GrooveFunnels includes the GroovePages Website- Landing Page- and Funnel builder, A Sales and Affiliate platform with a marketplace similar to Shopify called GrooveKart, Email marketing CRM, Video Platform, Membership, Webinar platform, and more. Think Clinkfunnels or Kartra but with even better, more affordable, and a lot more features.

Groove was previously known as GrooveFunnels or GroovePages. It rebranded at the end of 2020 to just Groove to better reflect that it is an entire suite of apps and tools that you can use to build an online business

Yes, GrooveFunnels is free for up to three websites, landing pages, or sales funnels. It also includes a free autoresponder. You only need to pay if you need more than sites than what the free version provides or if you need additional email contacts.

GrooveSell is a cutting-edge digital sales platform that helps online entrepreneurs to promote and take payments for digital products as well as physical products, subscriptions, and services. GrooveSell is totally free for all GrooveDigital members. It is a part of GrooveDigital’s extensive suite of tools. It provides a better way to sell digital services and products than competitors like Clickbank or Thrivecart.

GrooveKart is easy to use, powerful, and affordable eCommerce platform that is part of GrooveDigital’s suite of products. Unlike platforms like Shopify or Woocommerce that rely on plug-ins and apps to operate, GrooveKart has everything included. GrooveKart Was Made For Print-on-Demand and Drop-Shipping Stores selling physical products.
Groovekart customers can pay you through credit cards, Debit cards, PayPal along with any other payment methods supported by your subscribed payment gateway at lower merchant processing fees than Shopify or Woocommerce.  GrooveKart is an alternative eCommerce platform to compete with Shopify.

Groovemail is a world-class email marketing solution CRM with Tag for Automation from GrooveDigital. It is a free e-mail autoresponder that will also do Text and Voice SMS broadcasting, behavioral targeting, and sequence automation.
Groovemail will be available to all members but the free members have limited use through a ‘lite’ version with 500 subscribers. New paid members will be able to send out 10,000 e-mails a day with a complete package that includes all the GrooveDigital tools like GroovePages, GrooveFunnels, and GrooveKart that will be priced about a third of the cost of what is would be at Mailchimp or ActiveCampaign just for their e-mail service. Additional e-mail subscribers can be added on a subscription basis. 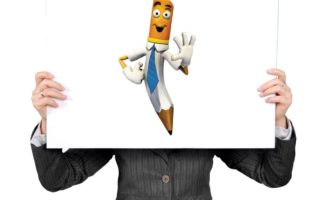 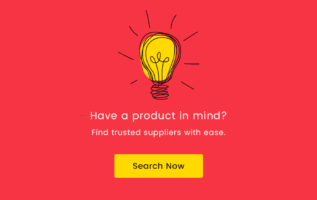 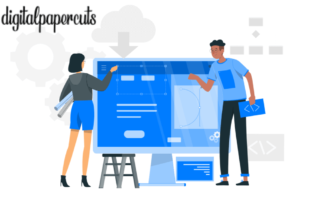 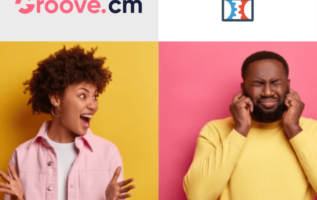